This post has been updated to include the image below. Thanks to Greg Staples for the heads up, via the IAoSB: 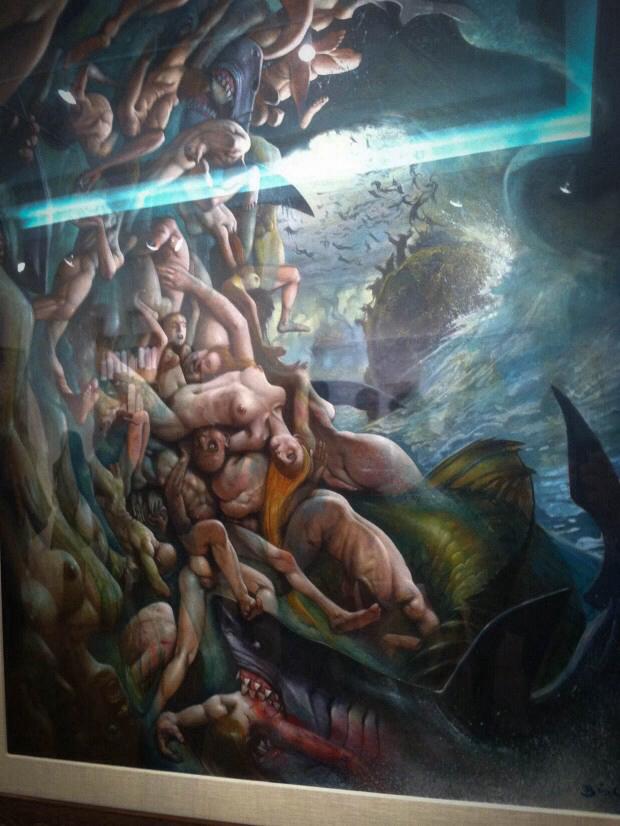 Darren Aronofsky, director of Black Swan, has commissioned an art show entitled “Fountains of the Deep” to open in New York with a private event on the March 6th, followed by public viewing at 462 West Broadway. It will run from March 7th – 29th and is being promoted using the hashtag #NoahArtShow on twitter, or you can see preview images over at the Noah Movie’s website.

While writing the script for Noah, I wondered how my favorite artists would interpret the iconic text. So I decided to ask a few of them to return to Genesis and create an image of their own,

It’s important to note that this is a separate endeavor from the film project, running in tandem rather than as a promotional tool for the Russell Crowe starrying biblical tale. It’s also nice to see that the artists have interpreted the brief so differently, although given the range of styles ‘handpicked’ artists collected, that’s not necessarily a surprise. More to come as soon as I get it; If you’re in NYC and snag a better pic of Simon’s work, please email me here…