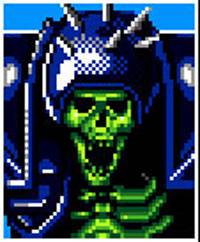 We got the hint this morning via the Kickstarter ad I shared on the FB page. I sent an enquiring email to ask if Biz was involved, but Maxim online had already interviewed Four Horsemen creator Michael Mendheim who let slip that the new game is :

As part of the kickstarter campaign to get this financed, there’s this video :

Go check it out!