Looks like Reed Comics got near a scanner today… As well as the previously posted trading cards and Lady Godiva, they’ve posted this rather beautiful pencil of Poison Ivy: 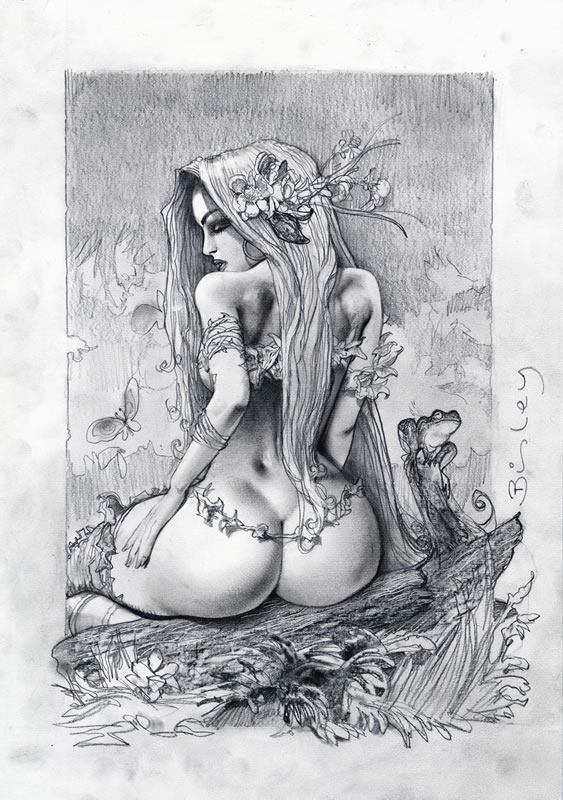 Every so often I’ll meet someone who discovered The Horned God around the same time I did, and they’ll say ‘Bisley? He hasn’t done anything I’ve liked since then…’

I respectfully point to the metric shit-ton of beautiful artwork I’ve reposted today as examples proving the point that Bisley is still at the top of his game and when he wants to, he puts most other artists out there to shame.

EDIT : The original of this piece has been sold to a good friend of mine. Thanks for the heads up, Sci-Fi Wife!